The image database REALonline makes the visual cultural heritage of Austria and the Central European regions available via the Internet with all its details. It forms the basis for research into historical images using digital methods and at the same time makes their complex content accessible to anyone interested.

The outstanding feature of REALonline is the indexing of the many elements of each individual image. All depicted persons, things, animals, plants and settings are recorded and enriched with further information, such as the wood grain, the gesticulation of a beggar or the shapes and colours used. This results in a versatile data pool with more than one million pieces of information about the image elements, which can be systematically filtered, searched and analyzed.

The image database contains over 22,500 data sets on visual media of various art techniques and genres and most Most of them were created between the 12th and 16th centuries. The photos were taken by IMAREAL photographers in cultural heritage institutions in Austria and in the neighbouring regions of Germany, the Czech Republic, Slovakia, Hungary, Slovenia and South Tyrol as well as in Poland and Romania. 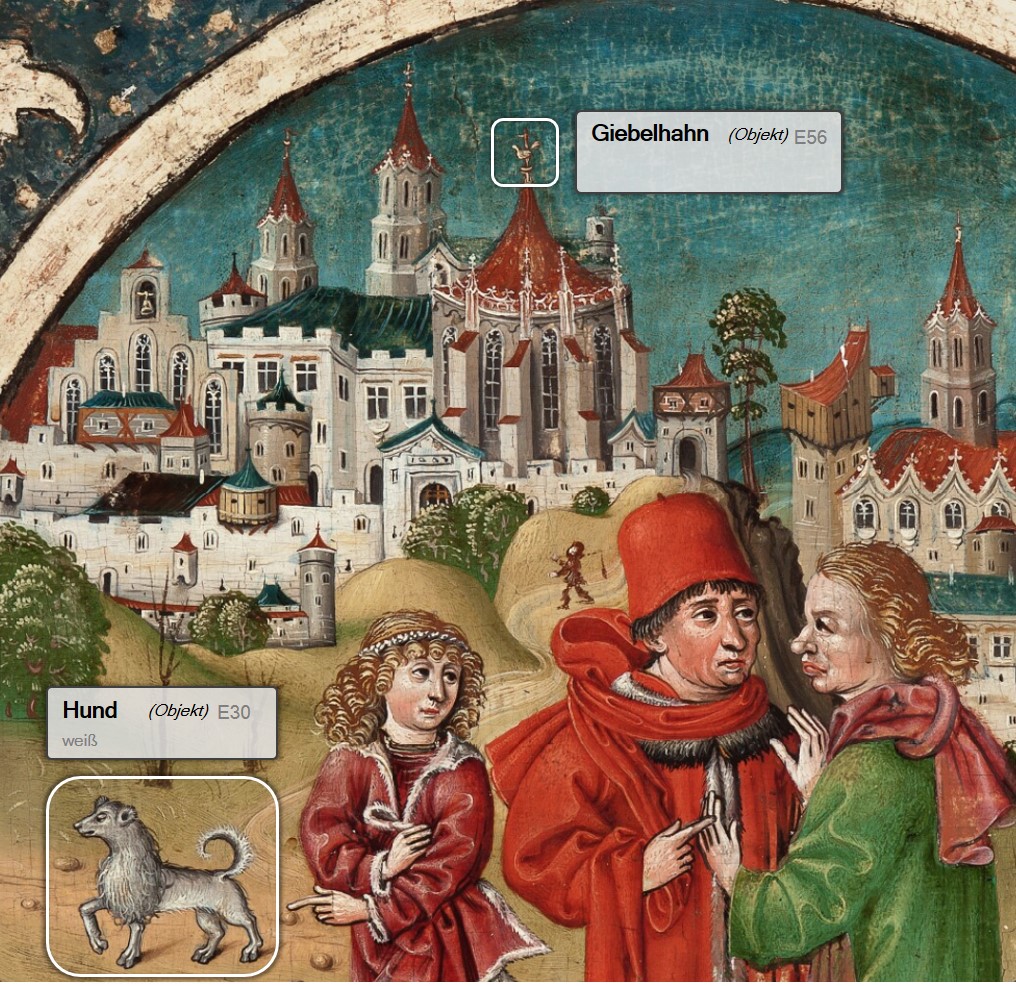 High-resolution photos are a prerequisite for the recording of all depicted elements on historical image media. These are taken by the photographer Peter Böttcher at IMAREAL. This also ensures that the cultural heritage of smaller institutions and lesser-known holdings is documented, preserved and made accessible via REALonline. 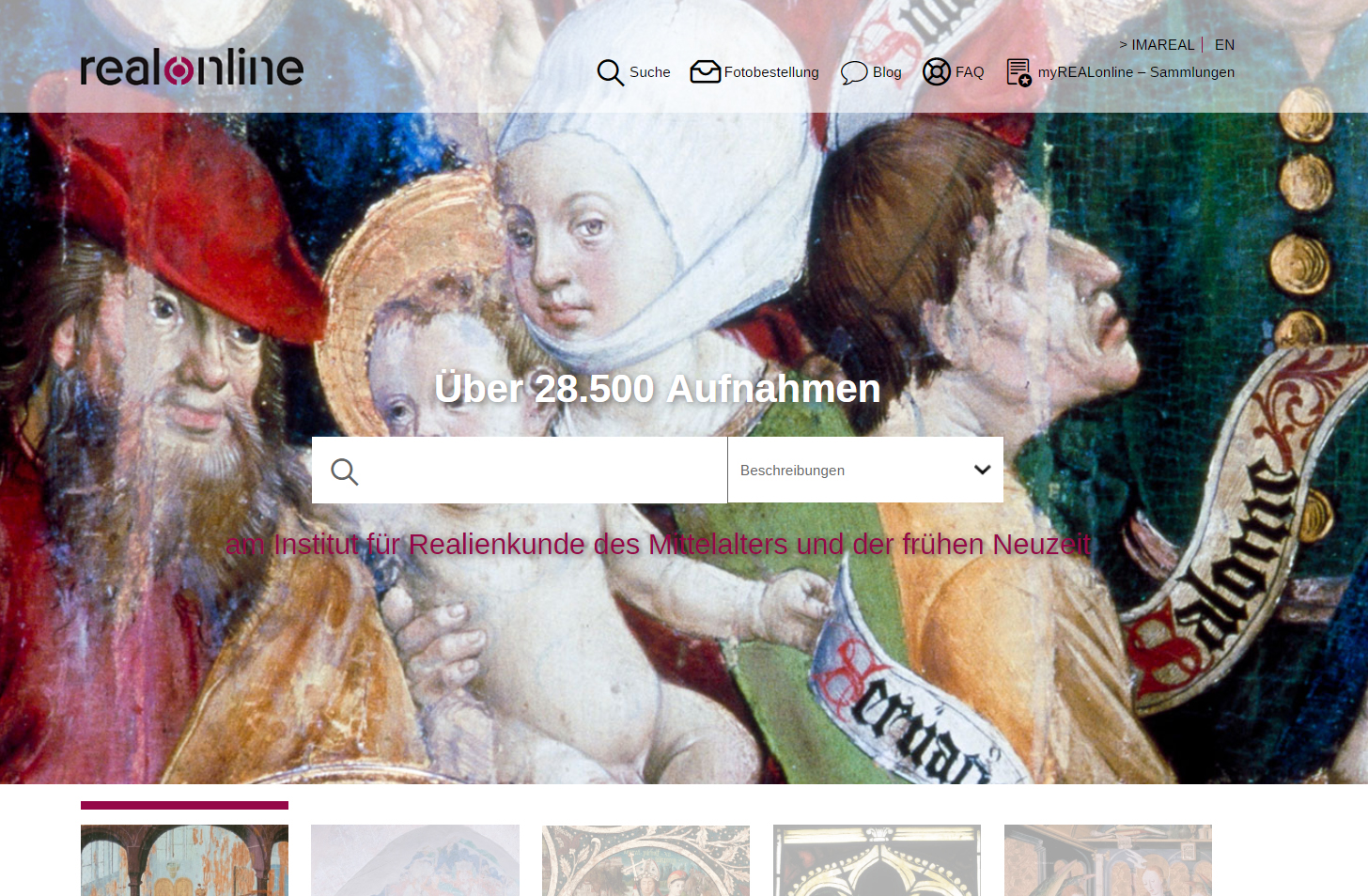 Research into visual media in the digital humanities

The data on the image elements and their characteristics are recorded in a structured manner in REALonline, so that the data material forms an important basis for research questions from various disciplines. Data modeling as a graphs also allows the relationships between the individual elements to be visualized and investigated. With REALonline, images can be analyzed as configured networks of semantic elements. The extensive thesauri used to normalize the data at input can also clarify thematic relationships in queries and visualizations of results. In order to be able to fully analyse the data in research, they are also made available online as a neo4j graph database (-> Search -> Expert search).

The REALonline user interface offers a variety of filter options. Users can start using the full text search, but can also flexibly combine entries from well-structured search facets and thus precisely control the search process. A thesaurus search invites to browse the image database and explore the historical world of images. To make even the smallest details of an image identifiable, there is a view with tagged images. A geobrowser helps to search for places and can also be helpful in planning the next cultural trip. With myREALonline, users can create and share their own collections.

If you have any questions about the image database or if you are interested in REALonline workshops, please contact Ingrid Matschinegg, Isabella Nicka or Miriam Landkammer. The REALonline software is open source – please consult the project directors for further information.