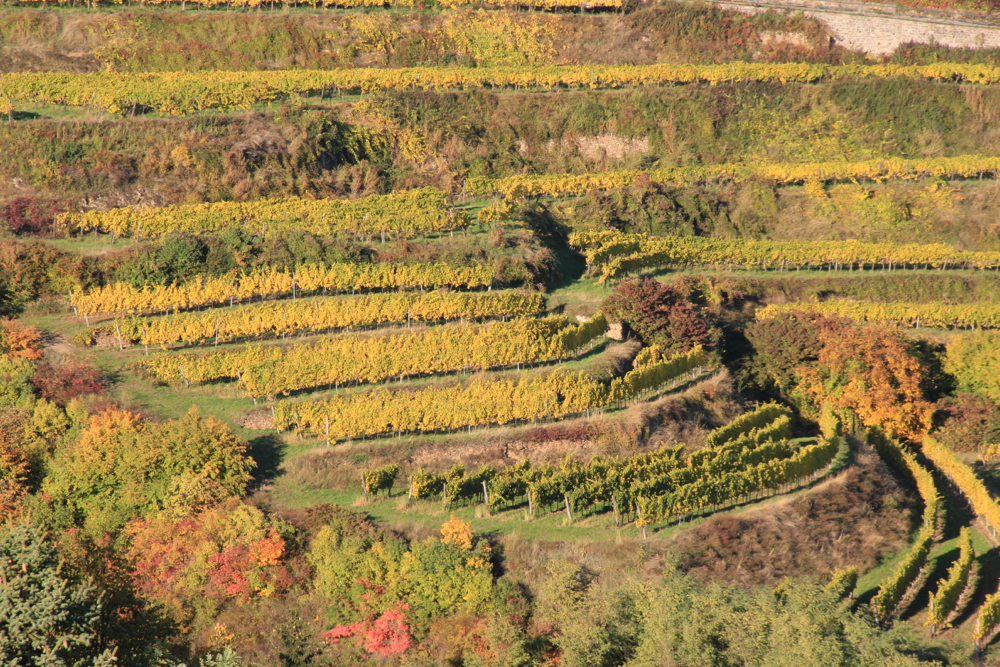 This project aimes at a broad survey of monastic estates in the Wachau. On this basis, human-object interactions in urban and rural areas of the Wachau will be analysed in an interdisciplinary way.

In the Lower Austrian part of the Danube region, known as the Wachau, viticulture as an agrarian form of economy was established to a large extent by monastic estates. From the 9th century onwards at the latest, numerous monasteries in Austria, Salzburg, Bavaria and Bohemia came into possession of vineyards in the Wachau by donation or purchase. Charters, urbaria and tax lists document the importance of these mostly far-off properties. Viticulture played a special role in this process. This is all the more remarkable because the distances between the monastery and the estates – the so-called “Lesehöfe" – were sometimes considerable, for example in the case of the Augustinian canons' monasteries of Herrenchiemsee (Traunstein, Bavaria) and Höglwörth (Berchtesgaden, Bavaria) or the Benedictine monasteries of Prüfening (Regensburg, Bavaria) and Tegernsee (Miesbach, Bavaria) and the diocese of Freising. The estates served as an interface for the interests of both local and foreign actors. This is still visible today in the form of surviving buildings and historical documents and objects. To date, about 130 former estates of Lower and Upper Austrian, Bavarian, Salzburg, Styrian and Bohemian monasteries have been documented, but not all of them have survived in their architectural structure.

Particularly of interest are the interactions and practices in which institutions and individuals were just as involved as the material world. Research perspectives developed at the Institute of Realienkunde, Object Links – Objects link and Material(i)ties, provide a fruitful framework for these approaches. In addition, an international cooperation has been established with the project Stadthöfe – Monastic and Noble Courtyards in Medieval Towns as Interfaces of Town-country Relations, a sub-project of the Cluster of Excellence ROOTS – Connectivity of Society, Environment and Culture in Past Worlds, based at Kiel University.

The project will contribute to the research of the Wachau Cultural Landscape.

The aim of the sub-project Wachauer Klosterhöfe Online, funded by Land Niederösterreich, is to catalogue the monastery courtyards and their historical documents in order to establish a basis for an interdisciplinary analysis of the phenomenon. Regional history provides an important source of information that reveals details about earlier owners. Locally used place names such as Florianihof, Kremsmünsterer Hof, Nikolaihof, etc. allow first indications of the former owner. In addition to the information in the cadastral registers, municipal archives and house registers provide further information on the poperties' historys. The basic information is collected and systematically made available in the digital inventory. 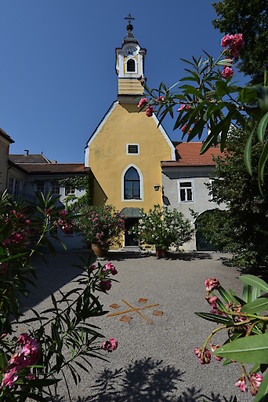 According to the archaeological excavations of the 1960s, the Agapit Chapel, which still exists today in Nikolaihof, may indeed be of late antique origin.

About the estate of the Passau collegiate monastery St. Nikola in Mautern

A pilot study based on the example of the Nikolaihof in Mautern (estate of the monastery of St. Nikola/Passau) is currently in progress.

Archaeological excavations have revealed that from the 9th century onwards an early spiritual center with a church and cemetery developed within the Roman limes castellum of Favianis, which was converted into the monastery's estate in the late 11th/early 12th century. Important, still existing parts of the complex date back to the High Middle Ages and allow conclusions to be drawn about the functional and spatial organisation of a winery estate located on the Danube.

In comparative analysis, the architectural, archaeological, pictorial and written historical sources are to be collected and analysed regarding the history of ownership and architectural history, its economic and social integration in Mautern as a central place. Special attention is paid to its regional and supra-regional networking along the Danube with its points of reference to the diocese of Passau.

The project is carried out as a funded project on the basis of a private research grant provided by the owner family of Nikolaihof in Mautern an der Donau. 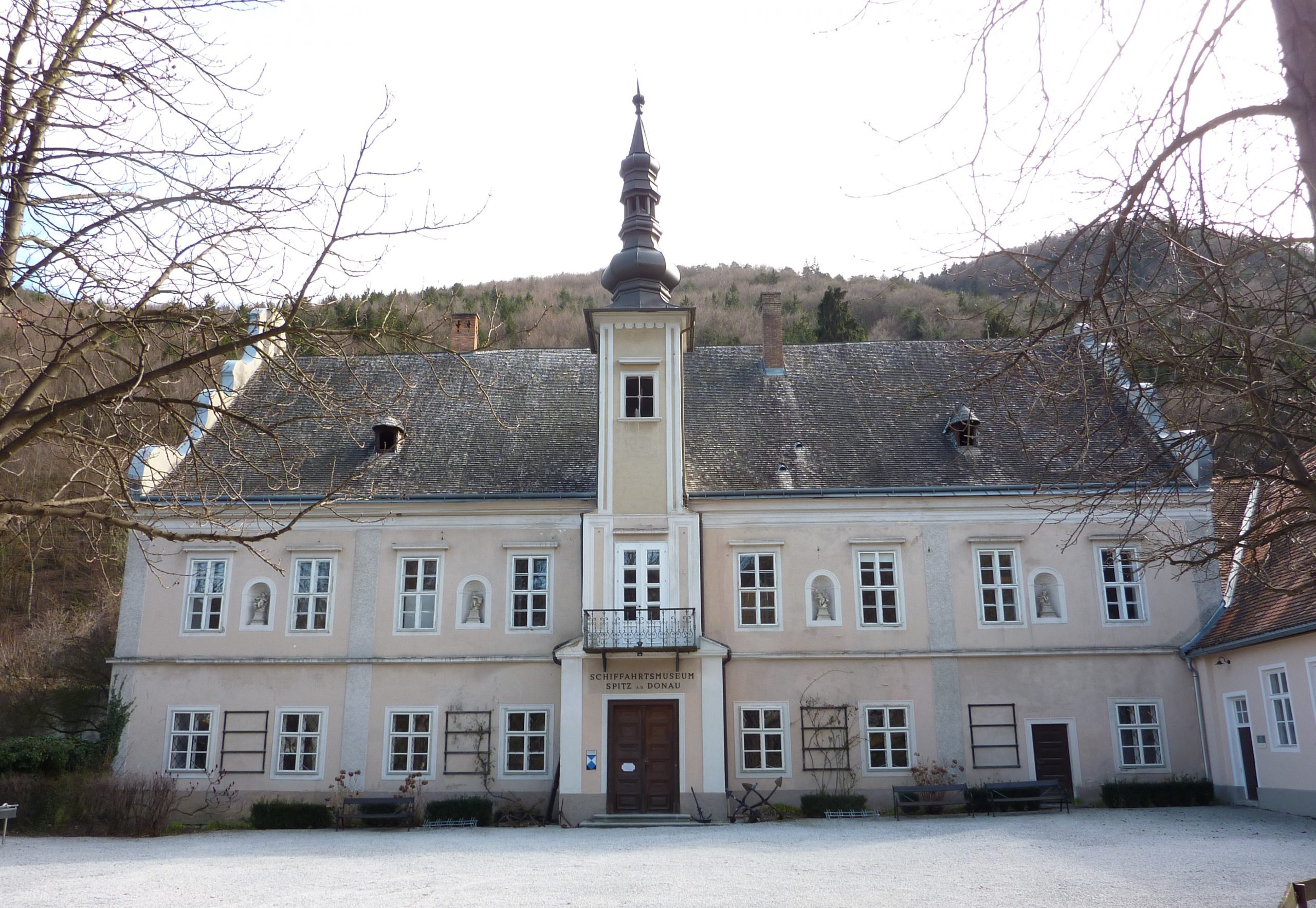 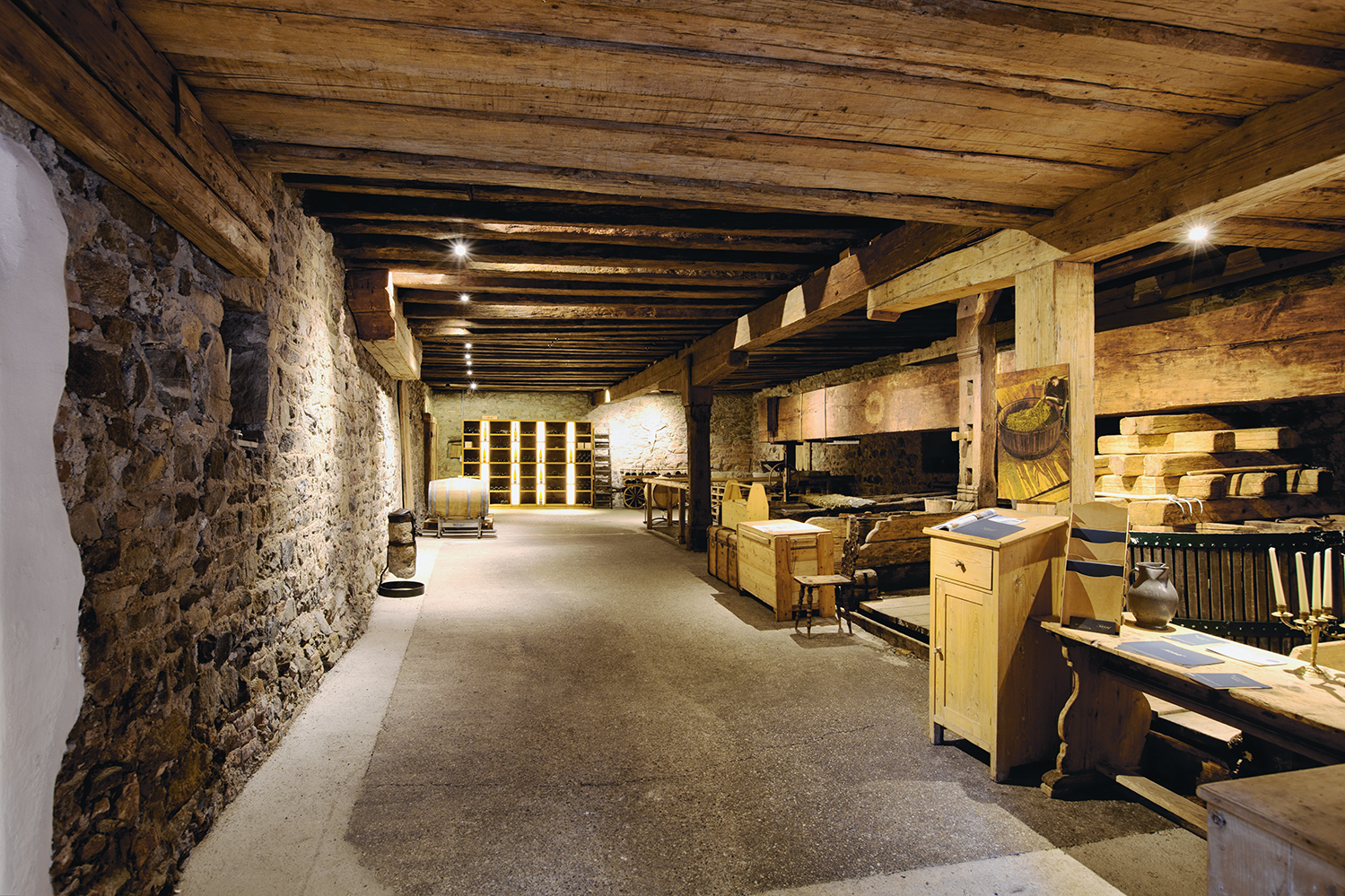 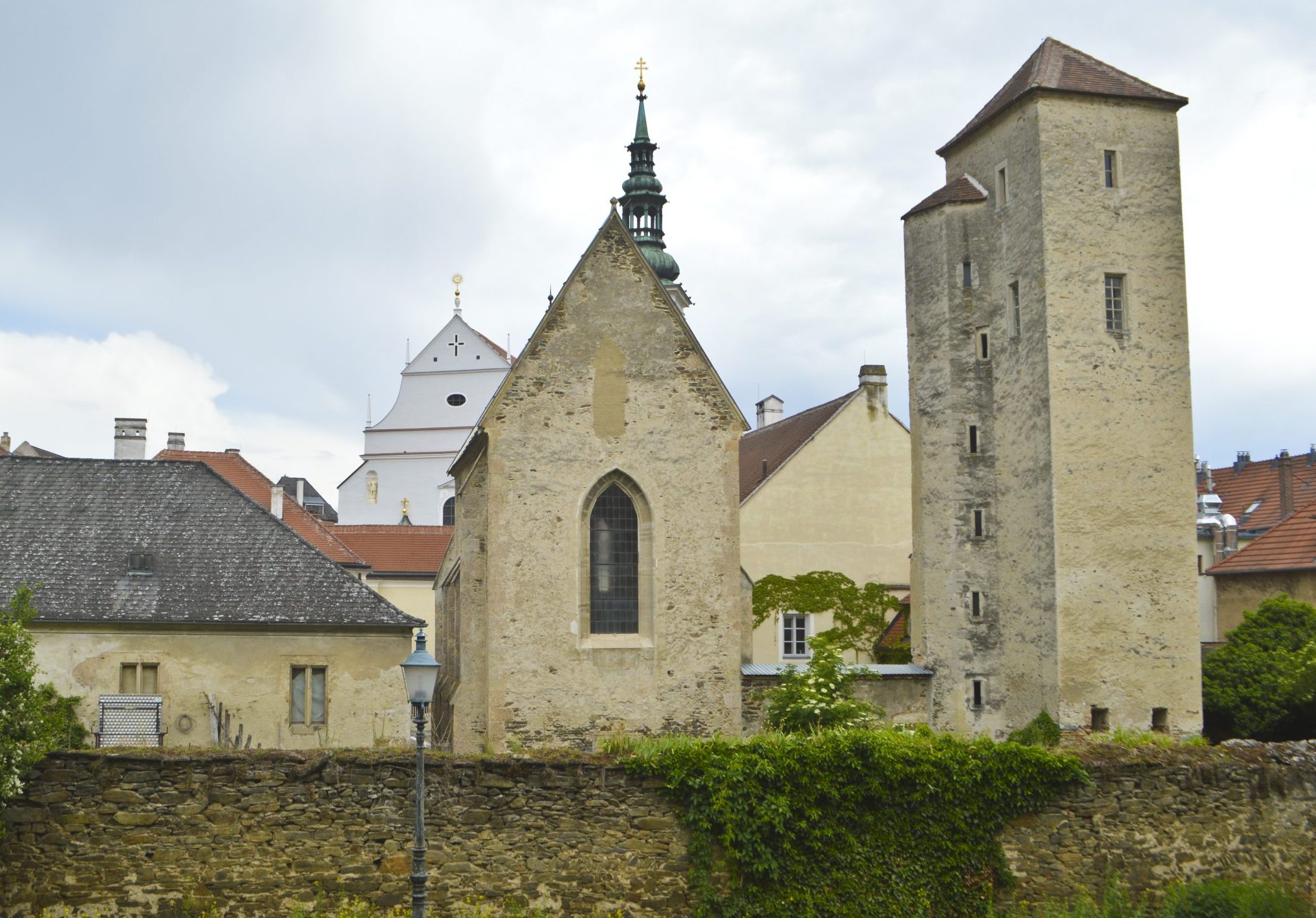