The database "Medieval wall paintings in profane buildings" was originally conceived as a working tool that was initially intended for internal use at the Institute of Medieval German Literature at the University of Fribourg/Switzerland in the mid-1990s. Over the years, we have collected material from more than 800 historical sites that was previously unknown or difficult to access.


The aim was to obtain as much evidence as possible of mural painting in secular buildings in the area under investigation (the former Austrian dominion from Tyrol to Alsace, but above all of today’s German-speaking Switzerland and directly adjacent areas) from its beginnings to 1600. We wanted to know what existed (or existed) where in order to be able to decide which individual cases could be worth investigating, which comparative material could be used or which overarching questions were suitable for investigation.

The web implementation was realized at IMAREAL. 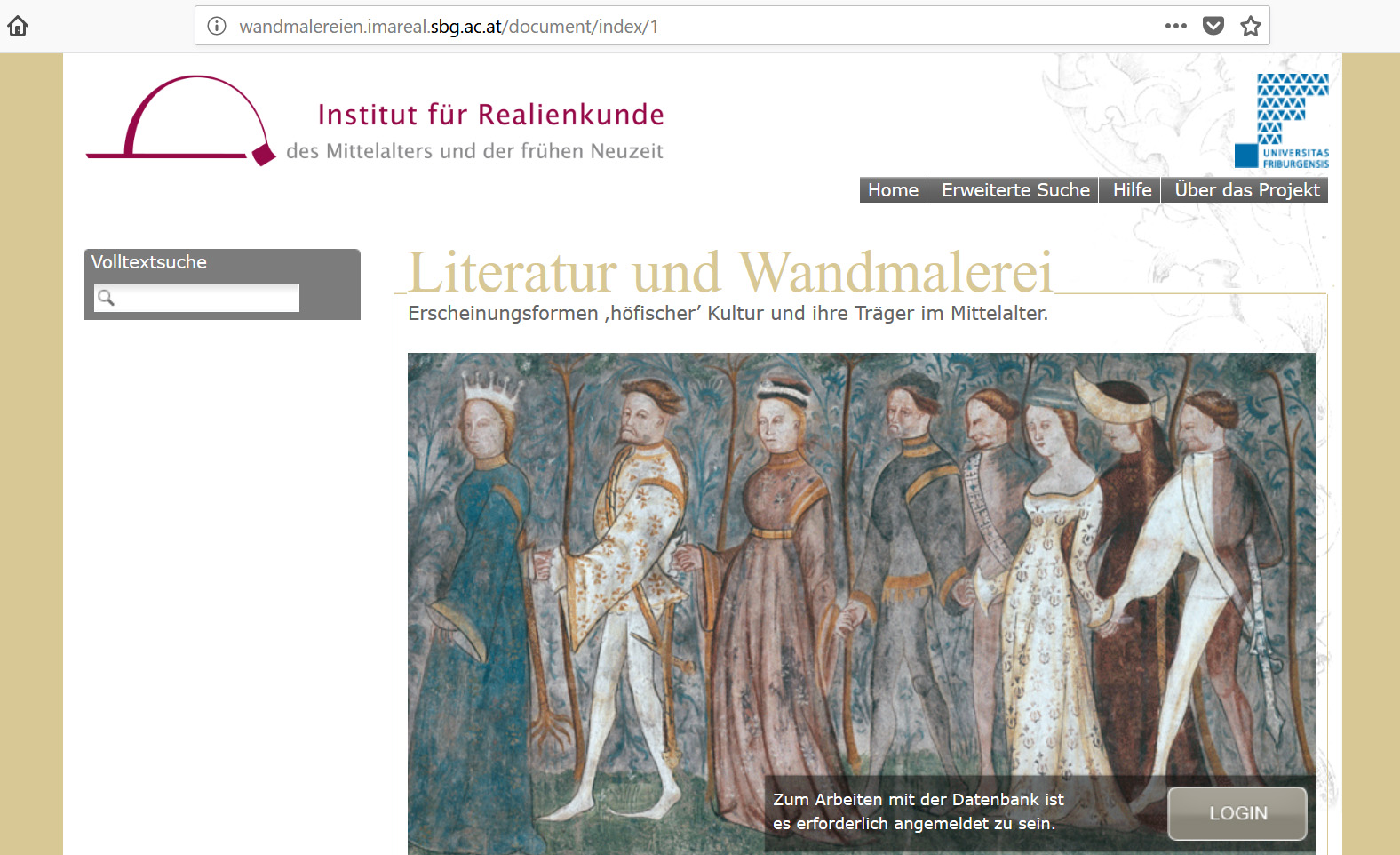